Knighted! (If that applies to females.)

By my son! 16 years old, definitely not wearing a hand-knit sweater or anything like that (only socks), and very sensitive to things I say and do in public when he is around - so embarassing...! But. I was shown this sad item, which he had bought from his own money and couldn't remember or explain how it had been ripped. 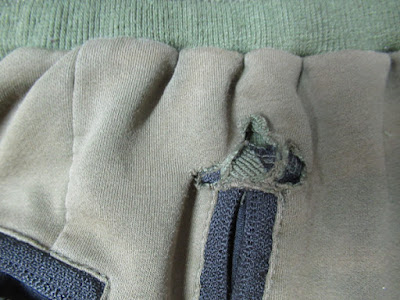 Strict instructions, though, it must be as unobtrusive as possible. I am observing how he is starting to develop a taste, trying for a style, and he has style (and at over 6 feet tall already he will be handsome, let me tell you!), so I knew that the fact that I was being asked was about the highest kind of leap of faith I would receive. I must not disappoint those expectations. I knew I was not allowed to do anything like either of these, which might have been what I would have chosen had it been my own piece of clothing. 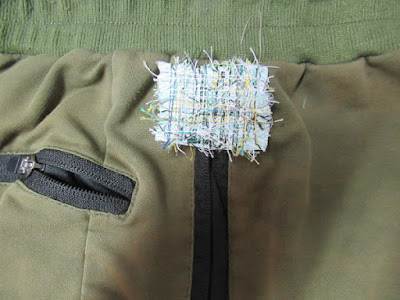 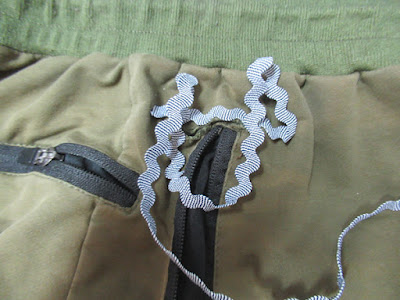 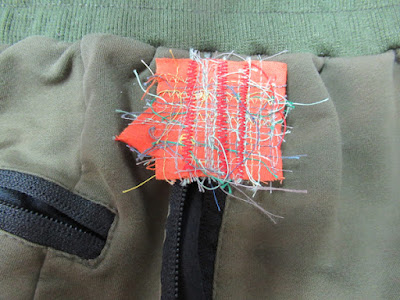 Especially the red piece would have been my personal choice, but this is only hypothetic playing around, for the archives of creativity. I went ahead and auditioned three different kinds of thread color. 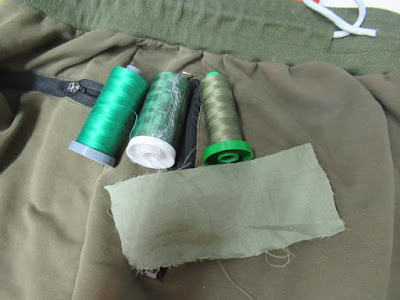 The fabric piece was used as a backing from the inside of the rip, which, being located at the upper part of a pocket that probably receives a lot of use from thrust-in hands, is bound to carry a lot of strain. 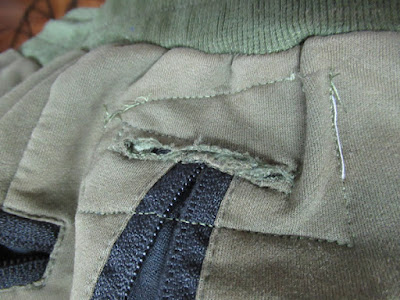 The outline is meant to keep the fabric in place, and the rip is fastened to the fabric with a separate outline, too. And then a bit of stitching began. 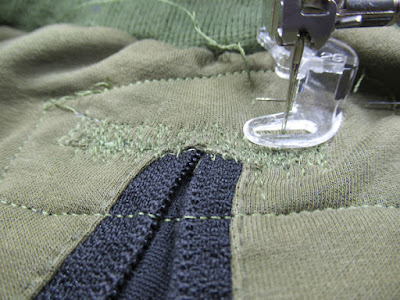 At this stage I asked him how much more stitching he wanted, and he opted for 'that's enough'. I did mention that I wasn't sure how long this would last, but he was satisfied. The finished piece looks like this: 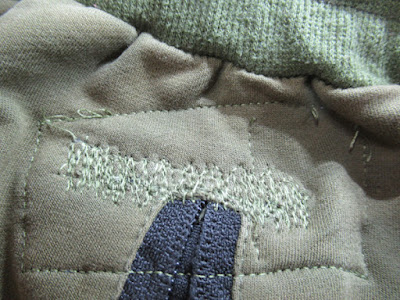 We will see how long it will last. And how daring I get allowed to be next time he lets me mend something for him.

Email ThisBlogThis!Share to TwitterShare to FacebookShare to Pinterest
Labels: mending