On Monday I returned from a four-day job at the h&h, the international craft and fabric fair in Cologne. Handi Quilter had asked me to join their staff on the stand for some linguistic input and I gladly accepted because I had always wanted to go to that fair just out of sheer curiosity. It was a very interesting experience, if hard work. Long days, standing on hard floor, demonstrating and explaining - I found it much harder work than standing at the stand with my own fabrics, selling, rearranging the display. I was even more tired after the days in Cologne than I ever was at the consumer fairs I have been to. The ideal package for such a job should include a one hour massage every evening!

I had a bit of time to look around, too, and was amazed at the importance of knitting yarns at the show. 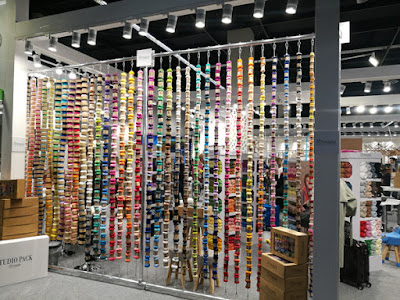 From what I saw, you would think everybody in the world is knitting, and a lot. With some of the design pieces I saw 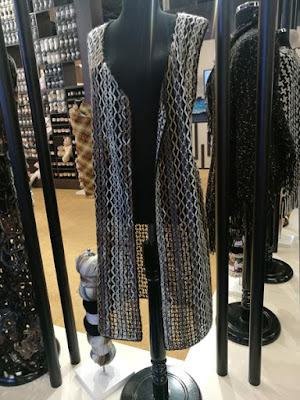 I did wonder who would knit that kind of a project, and even more importantly, who would go around wearing something like that. 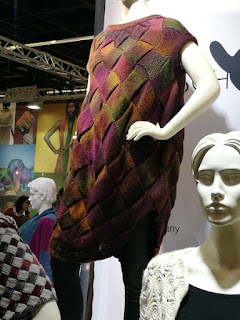 But I was very pleased to see so many interesting and high quality yarns around. 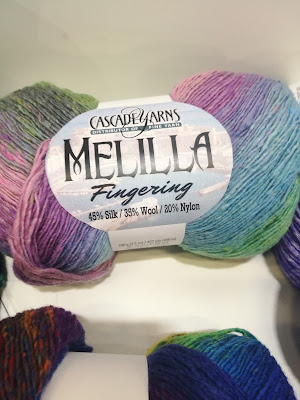 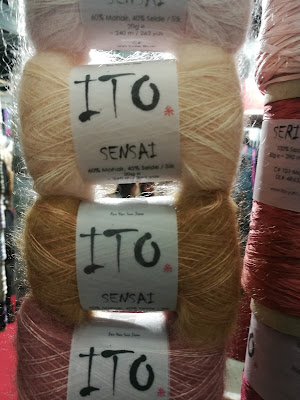 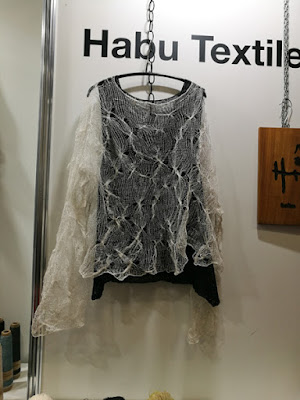 Another one I really liked (and got some of their skeins at the end of the show) was  https://cowgirlblues.co.za/. Check them out, their range is marvellous! You just hope that the trend towards knitting does continue, and that these smaller companies can keep it up.

When I returned home I had a rather unpleasant surprise, however. Over the four days at the show I had not really checked my mails on the computer, only on the phone, because in the evenings I was simply too tired to open the mail program. Because of some refugee-mailing-list that I have recently joined, the incoming messages have multiplied and it has become much harder to stay on top of the stream of messages, especially on the phone. So I had missed one message which seemed rather important. The evening before I left for Cologne I had finally sent off my application for the symposium that I had briefly mentioned a while ago. On the evening before the deadline, so almost last minute. Imagine my dismay when I found a message from the organizer could I please resend my attachment because he could not open the file. Monday evening is three full days after the deadline has passed… I did resend my attachment right then and apologized for not doing so earlier, but in my heart I started building a wall against disappointment at probably not being chosen because of late entry.
Waking up on Tuesday morning, however - I slept late, until 7.30! - there was a reply already, “all is good, my wife could open it after all, you’ve been selected, we will be in touch!” What a relief, although it did take a few hours to sink in completely.
By now I have started planning and preparing and am looking forward to the event. Even though it is going to be rather risky thing. We will be working in public, under a tent, yes, but if it is pouring rain, as it can be at that time of year, we are going to be cold and miserable, and how is my machine going to like that…? I will make sure to find out whether there will be a bad-weather-option available that we could relocate to.
Posted by Uta Lenk at Friday, March 30, 2018 3 comments:

Found Art and Reflections in March 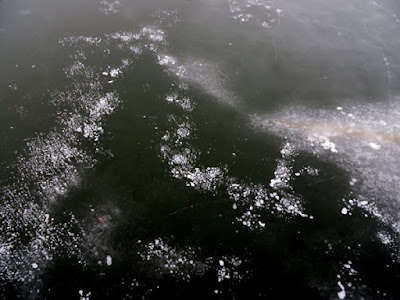 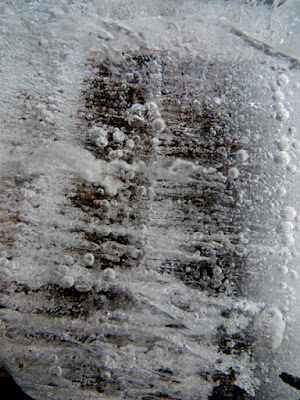 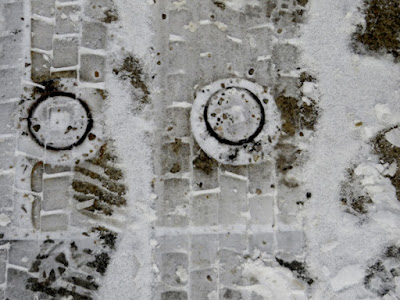 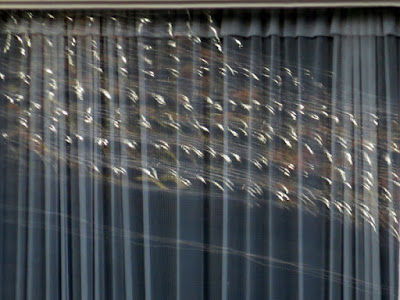 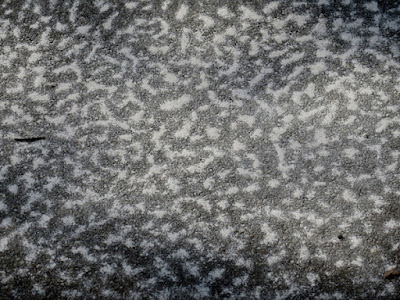 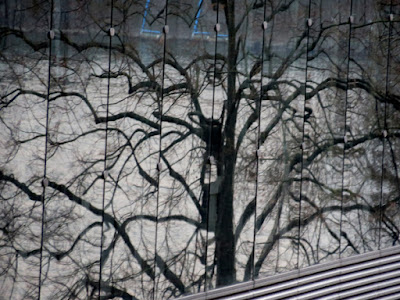 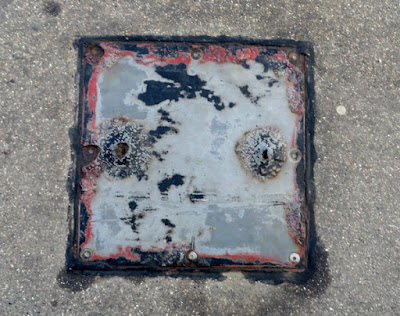 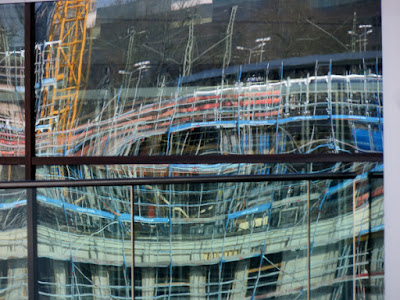 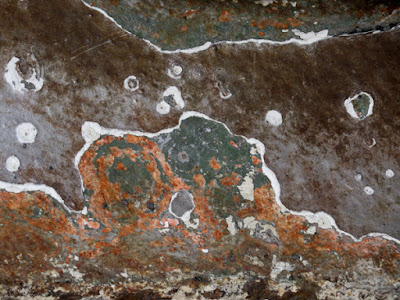 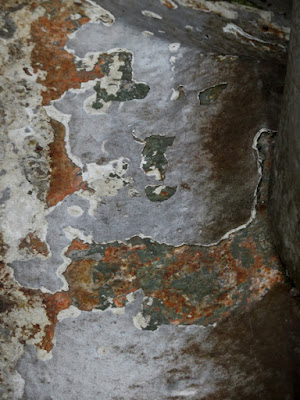 Progress report: A Scrap a Day

Has it ever happened to you that you went to the theatre and suddenly about half way through the performance you realized that the stuff being acted out on stage was your own life in a way...? That happened to me Saturday evening, and by Sunday evening I hadn't quite recovered from that yet. But I am hoping that things will turn out better overall than they did on stage that night, because the result of the complications sure wasn't the way I would like my life to go on!
Another perturbing thing is that I have been looking for a set of notecards on which I had started with the preparations for a next quilt, in fact, the one that I would like to be working on should I really get accepted into the symposium. They have completely disappeared from the surface of the earth, I have looked in all possible places where they could have gone or been deposited. I am dead sure I would not have thrown them out. True, I can easily enlist the helpers again, who wrote those cards, they are certainly replaceable, but it would have been convenient and reassuring to find them and get deeper into the planning process. The quilt will be made, not matter whether I get into that symposium or not, but... In any case, these disturbing facts take up more of my emotional strength than I am willing to invest right now. But it can't be helped.

So here is a bit of a report on my Daily Art Project, A Scrap a Day,  yellow scraps put onto linen cut-offs.
For a few days I thought I would soon be running out suitable yellow scraps. I do have lots of yellow scraps, certainly, but many of them are rather large, or leftover pieces of strips that had been cut rather straight, which means they don't make for a particularly interesting addendum to the overall arrangement. For a very brief moment I had thought about starting a call for help, like 'send me your yellow scraps', but I soon relinquished that idea, because then I would probably be attaching yellow scraps for the rest of my life, so I am not doing that!
But then a final push towards the completion of the other long-drawn project of participation in the Baby Jane Project for the German Patchwork Guild resulted in a few more yellow scraps, some others appeared in a rediscovered box and bag, one of the big pieces proved to be worn and even ripped in a few places, basically begging for these sections to be torn off and treated as small scraps in their own right. 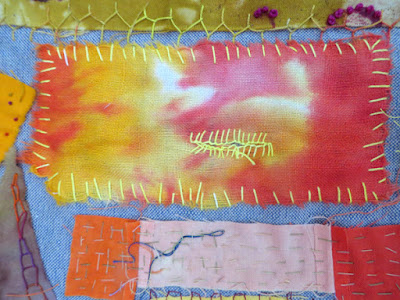 How much interference with the existing scraps do I allow myself? At first, at the very beginning, I thought I would just take them as they are and attach them. But as I just said - I hadn't realized that quite a few of them were rather largeish, or so straight and strip-ish. Perhaps ripping them is acceptable. I don't want to cut them with scissors or the rotary cutter because I don't want to produce scraps that look too neatly. Or may I - when I have a little spot on the linen that I would like to fill but don't have the fitting scrap to go in there...? We'll see how this develops.

I am on the third piece of linen, and have counted the ones of similar color that I have. Not enough pieces to take one every month, but as you see, there are these noticeable empty spaces. 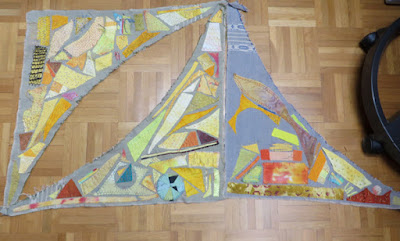 Again, I haven't decided what I will do with those. I could fill them with a snow-dyed yellow linen - scraps from a dress I had made last year - and attach blue (or purple - complementary color!) scraps to those. It is an interesting project. Keeping me more entertained than I had imagined. And it will be huge!

Going out of town tomorrow for a few days, will I just pull a few scraps out of the box without thinking ahead? Haven't started packing yet, so I don't know.
Posted by Uta Lenk at Wednesday, March 21, 2018 1 comment:

So yesterday was International Women's Day. Lots of articles, some demonstrations, strikes in Spain, a 'women's issue' for the weekly Friday magazine that comes with our daily newspaper, phone messages by female friends proclaiming our mutual appreciation and support.
It's half the world's population - one day for them.
And what is the meaning of it these days? I fear it is developing into an annual announcement that women's rights are still not equal all over the world, too bad, let's get on with our daily BUSINESS, and a few sale specials, because, don't all women in the western countries like shopping, and then be done with it, until next year?
I was pretty frustrated by it all by the end of the day.... where will it take us? Currently I am reading 'Sapiens - a brief history of humankind' by Yuval Noah Harari, definitely one of the best books I have read in a while, and as I am approaching the final pages I am still amazed at the clearsightedness with which the author describes processes that brought our species to where we are now. Somehow the banging about over International Women's Day this year hit the same notch. Are we really on the path to improvement, or have we lost it by now? I wonder...
At least after more than five months Germany is approaching a status where we will have a legible government again. Merkel, once more, but badly damaged, in coalition with a Social Democratic Party that is severeyl destabilizing itself, and the Christian Social Union that has been displaying non-Christian sentiments to a degree that is frigthening, especially over the questions of refugees and how Germany should deal with them. On the same day, however, Italy is voting much more on the right than anybody would want to, the US are declaring trade wars all around and ... helper convoys are not getting through to people in Eastern Ghouta .... all very worrisome.

How much solace can one get from a growing stack of quilts for the 70.273 project in circumstances like these?


And from finishing a scarf that had been in the making a while ago, because I had loved the pattern but then got fed up with the fidgyness when the direction of the zigzag turned, so the whole thing was aborted, with a little edge of crochet around it, all it was missing was that button to be able to close the thing around a neck. 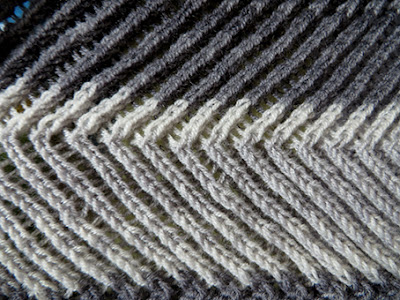 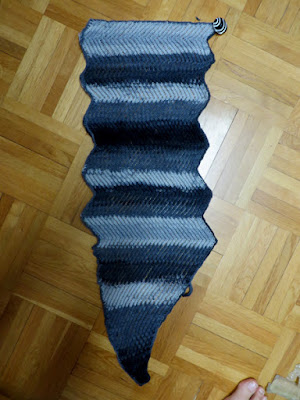 I finally put that button on: 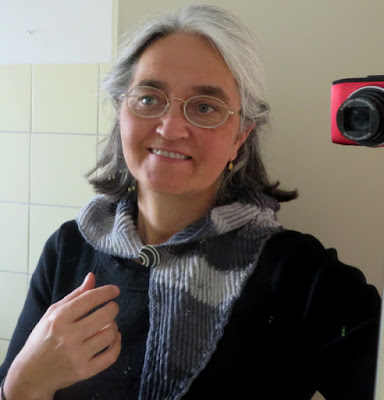