I spent a weekend teaching at Petersberg, west of Dachau, my favorite teaching site, where I get to teach a weekend every year.


The weekend starts out for me with an hour-long-massage at the local massage place, which is the perfect introduction to the entire setup.
This time the workshop had been completely booked after less than 24 hours, which made it the second favorite workshop of the institution. The house is very favorable towards us, and the group that attends has grown to be a group of friends. I suppose it wouldn't matter what topic the workshop - they would sign up nevertheless. Because they know, they can bring their own projects and just spend the days sewing. 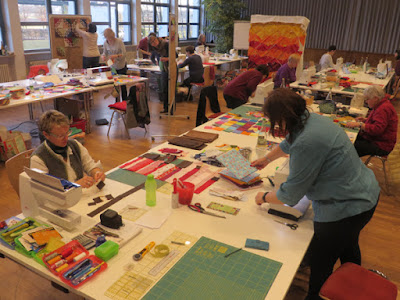 We have the largest room in the house, we can spend our time as we like - except for the fact that meals are being served at 8 a.m., 12 noon and 6 p.m., with coffee served in the afternoon.  As a special treat, I have arranged with the massage place that they offer appointments for the participants on Saturday morning. We have had this for three years now, and that way the Saturday has acquired a special atmosphere. For a few hours the participants quietly take their leave, come back a while later with a serene smile on their face and a completely relaxed atmosphere around them.
Quite stressful!
Next year's date has been set, and we are going to be there on the first weekend in February.

Two weeks ago I spent a weekend in Dortmund with the annual meeting of board and regional representatives of the German Patchwork Guild. As the new International Representative for the Guild, and a member of the editorial staff of the magazine, I had to attend, of course, and it was an interesting weekend. Some of the members of the board I already knew, but it was good to get to know the others as well. By mid-Sunday the meeting was over, and I had booked my flight together with Barbara Lange, current President of the Guild, for the evening as the mid-day flight would have been a bit difficult to catch. So after cleaning up most of the left-overs of the meeting we found ourselves with a few hours on hand and were happy to hear that Ulla had pre-planned and checked the museum exhibitions, and joined her to go and see the current exhibition of works by Niki de Saint Phalle in the Museum Ostwall.


The interior of the building is quite impressive, you have to go up five long escalators before you get to the entrance of the museum, with several other interesting sites located on the lower floors. 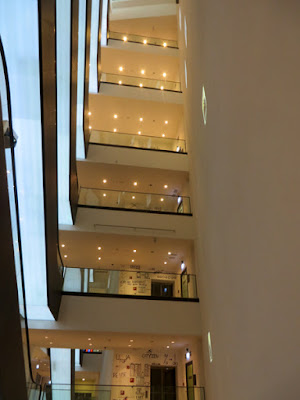 There were explicit signs on the wall saying that photography was not allowed, so I was a good girl and kept my camera hidden, just taking a few notes. Assuming that I would be able to find pictures on the web that would make illustration possible, without incriminating myself through illegal photography.

I have known quite a bit about her for a while, and must say that I have never been particularly impressed with the early works in their artistic quality. Shooting pictures certainly make for a scandalous reputation, and she was successful at that. Nor does she come across as a particularly likeable person in the biography presented, more like a spoiled brat and very self-centered person. But I know, of course, that those aren't any standards by which you measure or judge artists... and she was a fighter, she had a lot of influence on the position of women in art, so her achievements must not be disapproved of because she was a strong-headed and uncompromising person.

But I did like the 'autoportrait' on display in the entrance area. And I lover her Nana-figures and drawings.


And I am sure her relationship with Tinguely was an interesting one that never got to be boring... 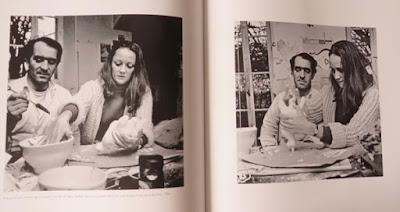 The exhibition is on display until April 23, and well worth a visit!
Posted by Uta Lenk at Saturday, February 18, 2017 No comments:

My husband has sent me on a weeken getaway because he thought that once again I was getting to be too deeply emotionally involved with refugee issues, so I am spending a weekend on Lake Schliersee, south of Munich.
The lake was frozen and the ice, although it is not safe to walk on anymore, is still pretty much a closed cover. 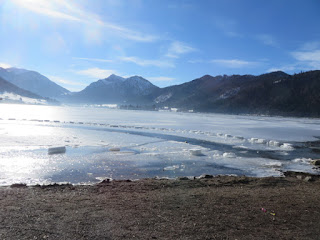 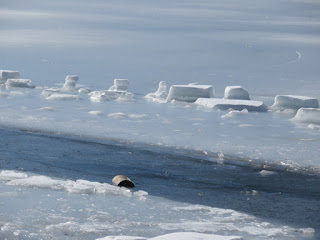 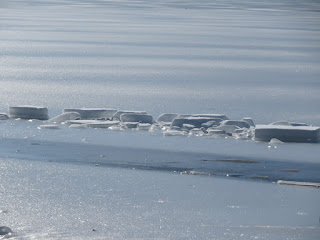 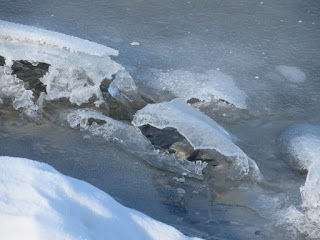 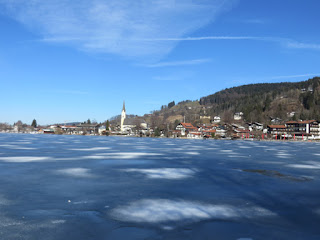 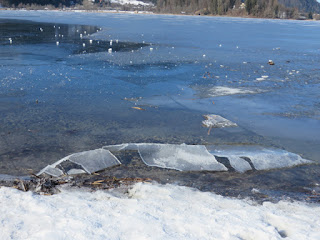 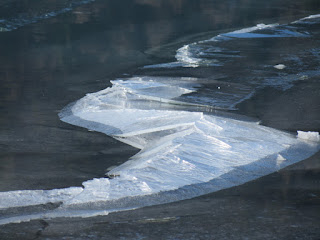 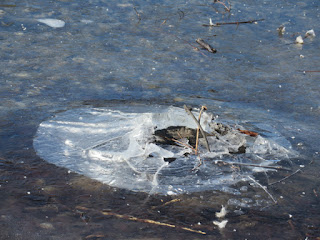 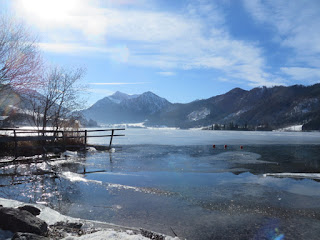 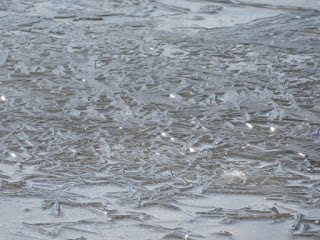 I can't believe how fast time is flyeing these days. No time to sit down, think about quilts and art. I have to renew memberships, update credit card information, and somehow there is too much going on to do even that. I've been sleeping badly lately, which doesn't help in anything...
But last weekend was a wonderful weekend. Former Co-exchange students from my year as an exchange student in the US came, and we had a wonderful reunion.
Not only did we look at many pictures from way back then - Thomas has been really good about digitalizing them -


but we also went for an outing to Regensburg and had a guided city tour just for our little group.

Lots of stories, lots of fun and laughter and all of us were amazed - although some of us had been meeting relatively regularly, three people had not been to any of the earlier meetings, and a gap of 35 years is not always easy to bridge. But it worked, we co-operated in situ on finding the other four whom we had not been able to locate in preparation for this meeting - and we are planning the next one in May 2019. Smaller, individual meetings may even be in order before that, too.
On the trip, we passed a shop that has lots of tin figures, and as I have been asked to please participate in the German Guild's Bavarian Section's challenge on the theme 'at home' (written in a very Bavarian manner, and almost not-pronouncible), I took the opportunity to brush up my stack of ideas by taking two photos: 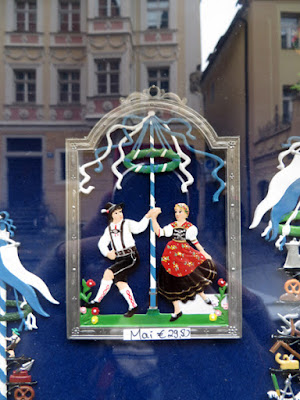 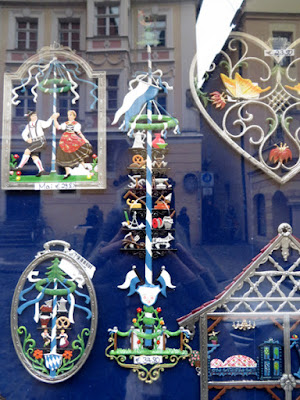 Not my style, to be thinking about making a quilt with this kind of inspiration. But one grows with one's challenges...