When I was trying to post a Merry Christmas greeting yesterday afternoon our internet connection wasn't working with any kind of noticeable speed, so I gave up and didn't get back to it in the evening...

So here it comes:
Merry Christmas to you all. 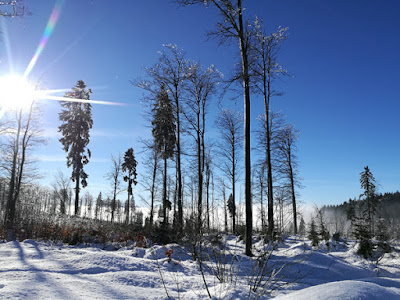 
My current tree project is less involved than the former projects that I have done, DailyOak or my visits to the linden tree on the outskirts of town.
The linden tree has been severely reduced because of some fungus that is making it instable. But it wasn’t taken down completely, only looks rather ruffled now. About half a year ago a substitute linden tree was planted on the opposite side of the path. 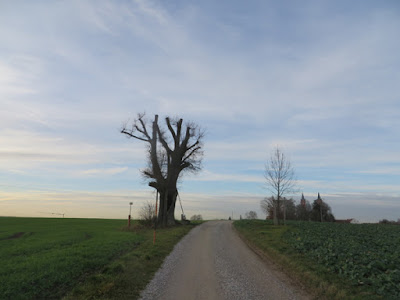 It will only take about 300 or more years to grow to a similar size as the original one. Only in the midst of this process, the cutting back of the old tree and then the planting of the new one did I realize that it had a name - they call it the Donatus Linde. 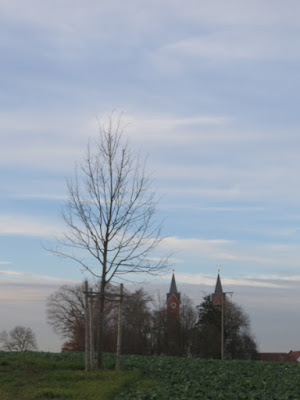 But I still have a tree project, whenever I go to fetch milk at the nearby organic farm I take pictures of the large willow on their grounds. Willows grow much faster than linden trees of oak trees, so this one is probably by far not as old as either of the other trees I have been following. 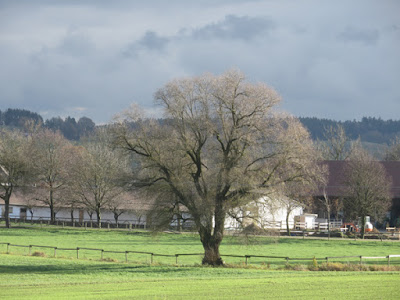 But my affiliation with old trees continues, and when I see a link like this one I get very tempted.

So when I went to Fraueninsel in Chiemsee this weekend, I had to stop by the old linden trees there as well. 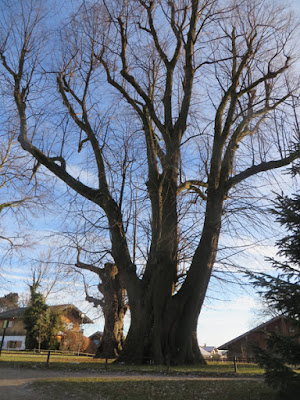 It makes me sad that these trees have to be protected from too many people walking around them and thus condensing the soil, deprieving the trees of necessary air and nutrition. But of course, if I were let to do it, I would go closer, too. 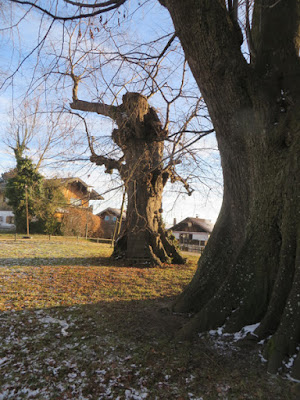 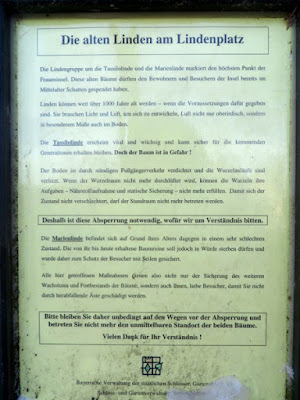 There is a special fascination in old trees. Just wish we had more of them still around.
Posted by Uta Lenk at Sunday, December 10, 2017 1 comment:

A few weeks ago SAQA issued a call for photos of studio space. My studio never looks cleaned up, and nevertheless I gave it a try and sent in a photo of the current state of my working table. You can see it amongst many others here. It's probably not something to be proud of, nor will it improve my reputation, I am afraid. But it's the way it is these days. I am trying to clear up, but it's hard.