A title like that probably makes most of us think of taking a piece of scrap fabric, layering a sandwich and then going about some free motion quilting exercises, or just a sample block to get experience with a certain pattern. Well, let me tell you, you are wrong!
Currently I am quilting that quilt I am not writing about here anymore and I am using a gadget for the first time which I have had since I got the longarm, but just never used, the channel locks, to make straight lines. It will be an irregular grid. But! The unhappy setup of my machine in a room where you can't walk around it makes it necessary that for every time I rearrange the locks I need to do a knee bend, take out the locks, get up, reposition the machine, knee bend to reposition the locks. 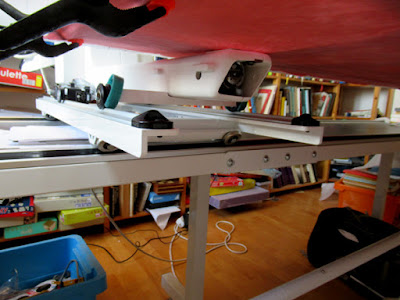 That is exercise, I tell you!
Just as well that my vacation on the North Sea had been at a hotel where I went to two yoga sessions a day. Which did not necessarily include knee bends, but it helps, I am sure. So right now I have finished the grid lines in one orientation, and have turned the quilt - another something I haven't done since owning the machine. Planning to start on the lines in the cross direction soon, perhaps today.
This quilt is finished only after a long wait for my big machine, which I patiently endured, first without substitute solutions because the shop kept ensuring me 'it will be done the next one in line'. After three days of that I'd had enough and put up a makeshift arrangement with the smaller machine I have. 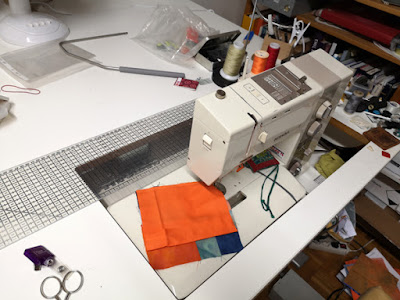 When that had been up for a day I finally got the call that I could come and fetch the big one, and then it was a herculean task to put the top together that I am not writing about anymore. Unfortunately, the longarm doesn't like the pieces of reflective fabric that are included in there, and when I had realized that the thread breakings were due to that I started interrupting the lines at the reflective pieces. Now I will have lots of threads to sink. Which I would have had with the breakings, too, but at least this way it saves me the rethreading of the needle, and the serendipity of it happening. 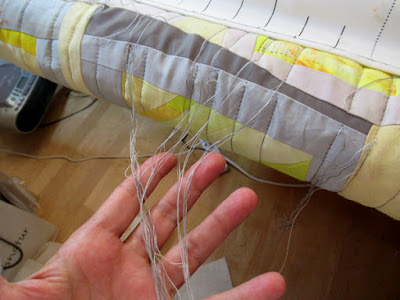 What else has happened? When I went for walks on the beach, I picked up plastic and trash, although I have to say it was not quite as bad as it could have been. Perhaps due to the fact that this was a sandy beach with a lot of difference between high and low tide, the water might just take everything with it that it has deposited?


At one point I dug out a plastic jug, probably for 3/4 gallon (3 liters), which was filled with sand and water and had been submerged under the sand, extruding only with a small corner. It was so heavy that I would have had a hard time carrying it all the way to the next trash can (there weren't many on the beach!). Luckily, a kite buggy teacher was just packing up his gear a couple of hundred yards away and I gave it to him, asking him to put it in a bin, and then continued my walk. 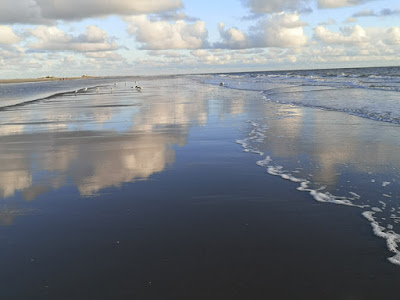 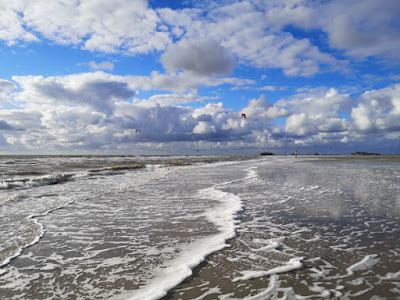 But it has been over a week since I have come back. I spent a good time at my spinning wheel recently, too, because I had joined a team for the Tour de Fleece with the Tour de France, and this is a large part of my results: 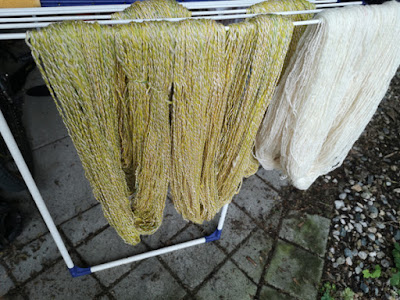 I signed up for QuiltCon together. 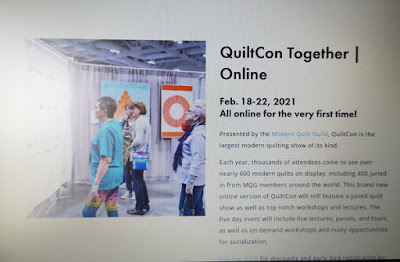 And I am trying not to worry too much about irresponsible behaviour of German tourists abroad and underreflected people at home, infection numbers here are rising. At the beach I had been mildly impressed at people's discipline about standing in line, something which used not to be a strong habit in German culture. 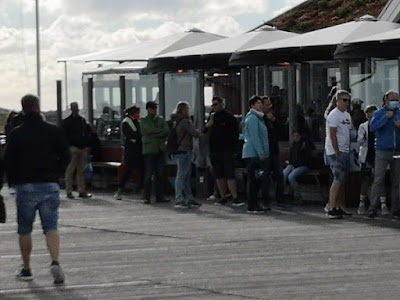 But despite the fact that Germany so far has done so well in terms of maintaining it all, people's patience is waning fast. They don't believe it's real because 'so few infections'. I just keep listening to that book on the Spanish Flu and hope that our sanity will prevail. Although I do see the problem with trying to maintain an infectious disease in the way we are doing it now does overtax people's patience. With the Spanish Flu, it ravaged, many died, and then it was over. The way we are trying to do it, it will stay with us for so long - or we have to let it run its course. Interstingly enough, health systems as we have them now exist partly due to that experience of the Spanish Flu - and they are overwhelmed if the measures aren't taken as well. One sentence in that book rings in my mind constantly. It goes somewhat like 'it is not a question whether we are going to have another flu pandemic. It is just the question what kind of world it will be that is struck by it.' Well, it's not a flu, but any virulent virus can do the trick...
Posted by Uta Lenk at Wednesday, July 22, 2020 No comments:

About 10 days ago I participated in the SAQA ‘live chat’. The current president Deborah Boschert talked about the importance of having a ‘bucket list’ and that entering Quilt National is on hers this year, and then she sent us into the chat groups to talk about whatever it was that would come up.
In the first group we talked about bucket lists. What people had on theirs in terms of quilting. And I started wondering whether I still have a bucket list in terms of quilting. My general bucket list includes sailing around the world visiting a lot of the many islands we have on the planet.  Never knew whether a bucket list proper is supposed to carry items that are relatively easy and practicable to be made happen. Sailing around the world visiting many islands doesn’t seem to fall into that category, at least not without a huge inheritance coming along my way, which is not very likely to happen either. Oh well.
Living by the sea or at least on some body of water would be another point. Which again doesn’t seem very likely or possible right now, not only but also of the financial situation. So I am scaling down to spending vacation on the seaside, better than nothing. Right now, for a week, and it had been planned before the virus hit. 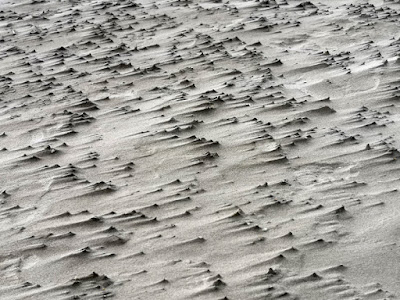 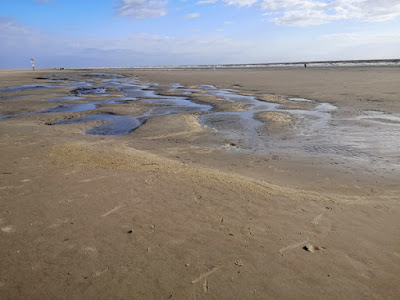 There are a number of other items I could mention that would make it onto a bucket list if I really had one, but as they all depend on the financial situation changing dramatically I think I would rather not talk about them in any kind of detail. Perhaps a bucket list should really have on the first position "be content with what you have"?

In the second chat group we did indeed talk about entering Quilt National, does one have to enter three to show that one has a consistent  body of work, did it hurt as much to be rejected from QN as from other shows, quilts that didn’t get into QN but were immediately accepted somewhere else. I have never seriously considered entering QN. Mostly because I don’t take it lightly when I get rejected, and then also because I have seen and heard so many people about how they fret about producing something for the deadline, slaving away – and then the buzz about being in or out. It didn’t sound healthy. But as the live chat finished, I began thinking about the quilt that is currently on my design wall and making (slow) progress. If the progress could be sped up and the quilting finished quickly… it might be an option. But I am not going to stress myself about it. Except for the fact that I must make sure not to post about it here right now...

Day before I went on my one week vacation I took my machine for a check up, and my work table looked really empty. 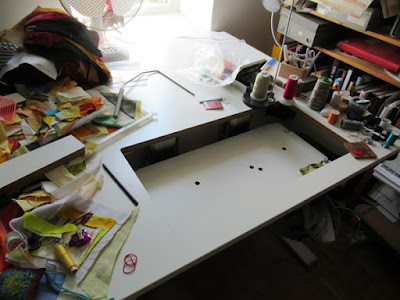