That time of year

It is that time of year again when dark and dreary November days have a negative effect on my mood. I thought I had scraped by this year with the long too-warm days in October, and the beginning of November wasn’t that bad either. But it is definitely not the case that working full-time ‘doesn’t allow enough time to notice how awful the weather can be’, as I had hoped. So I brought out the choir of angels a bit premature, before First of Advent even, to brighten things up a bit. 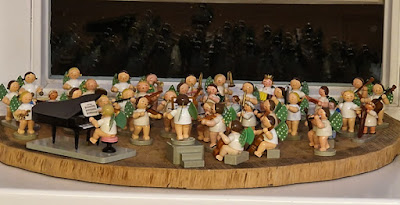 On the positive side of daily life I can report that my chickens have finally started producing eggs. We got them young and they took their time before making up their mind, but by now we have progressed beyond the stage where we are keeping a total count. Rare is the day with no egg, most days bring at least one, sometimes two. And we have been eating them, too. The eggs, not the chicken. 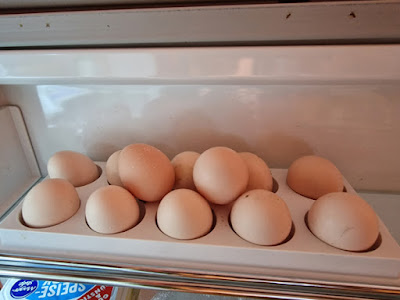 At work I have entered the stage where I am already doing almost everything in the entire process of preparing patients for dialysis – except for setting the needles. I am getting more routine and feeling more confident about it all, and can definitely say that it was the right decision to switch.

Still working on the temperature quilt, and a significant step of achievement can be announced on that front! This past Saturday evening I finished the blocks and assembly as months for the year 2020. And immediately turned to September 1965, pressing on. Getting more optimistic that I will finish. Except for the decision about that border or not…

And another positive thing I have allowed myself is that I started my fiber advent calendar on the first of advent, not on December 1st. It is the result of a swap I encountered on Ravelry. You could sign up, an organizer allotted a number for a date  that you had to prepare, then you made 24 little parcels of a self-carded carded fiber package, sent it to her, and a few days later I received a large parcel with 24 little gifts of fiber. 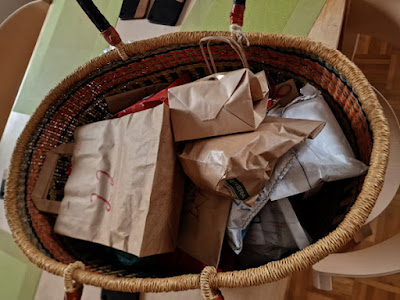 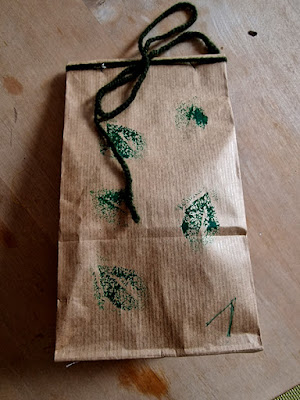 The preparations for my contribution were a lot of fun. I managed to catch one of the sunny and warm Sundays in October, took my carder out onto the terrace and went wild. 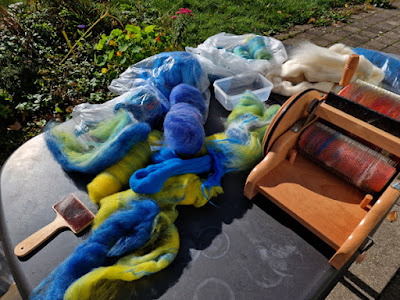 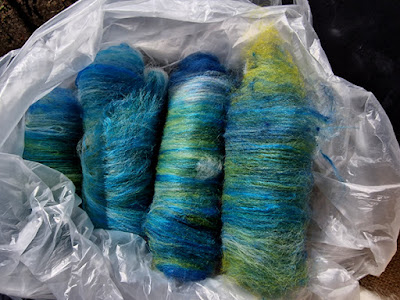 Receiving the parcel was a joy, and I am looking forward to the reveals. This was Day 1. 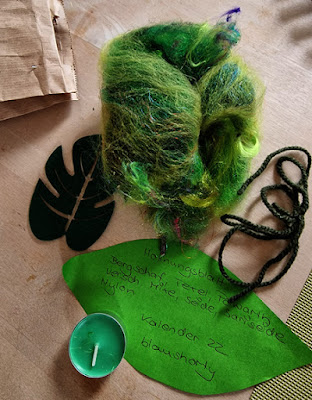 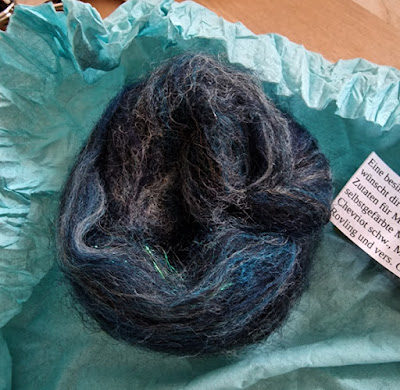 Today was not exactly a big surprise because I prepared Day 3, but it’s interesting to see it in the context of what has already been opened. 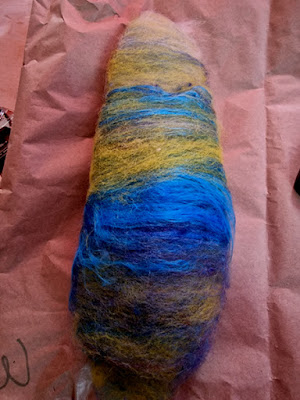 At first I thought I would wait until the end and then arrange them before I start spinning. Now I think I should start spinning right away, perhaps with a little bit of a color from my stash to give it a coherent appearance, and then there will be the need for at least another thread to ply anyway. But then I better start and sit down to spinning, today…