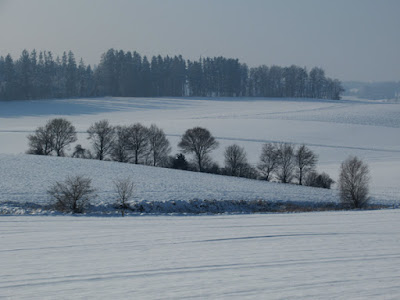 We have snow on the ground. It would be enough for snow-dyeing. And I wouldn’t even have to negotiate with my son as to who gets which piece of the grounds because he is not interested in shoveling snow anymore. But I don’t have any pfd fabric in the house, haven’t prepared anything. It was interesting that several people approached me during these past few months whether I might take dyeing fabric for selling up again, and I was almost tempted to order a shipment. But there is really not a whole lot of time left besides working full time, and the temptation wasn’t quite strong enough.

Yesterday was very crisp and clear and cold, too, and on a drive to the next village where I dropped something off I got out of the car a couple of times to take some pictures. 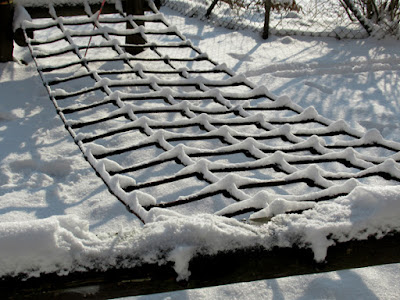 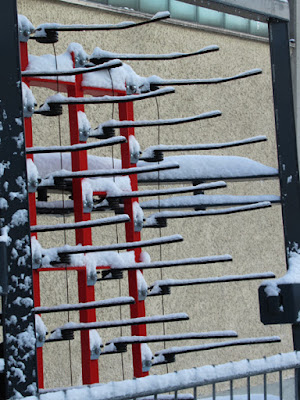 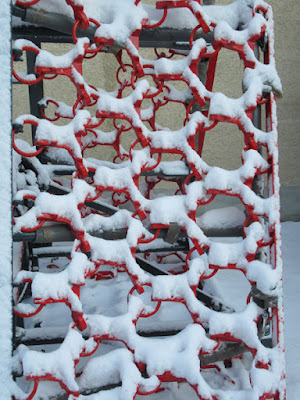 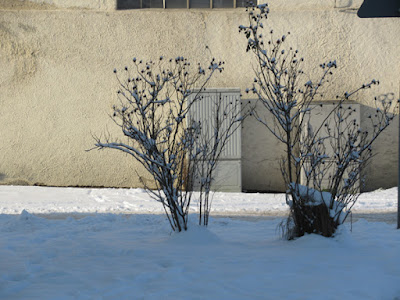 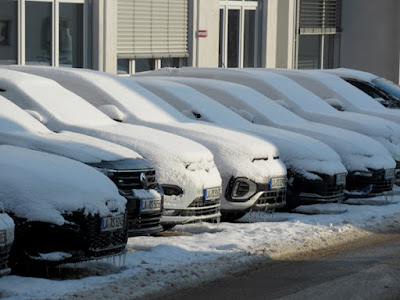 And in addition to that crispness, which made my creative juices flow I also saws Sidnee Snell’s post on Instagram of a quilt she had shown at the last zoom session of our 20 Perspectives group, and that got me really inspired. So I have been working on my piece for the upcoming challenge. I am not going to talk about it in detail here, just show a few pictures.

I had the idea to repurpose one of the two sketches I contributed to the Patchwork Gilde @b.lange.patchwork ’s challenge for rendering swear words in textile form for the next magazine on the topic ‘150’. Before the pandemic I had bought this piece of fabric with prints of Frida Kahlo, 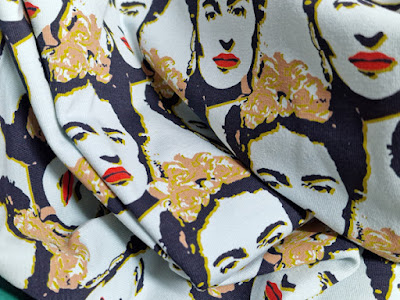 and I took one head to turn her into a ‘Heulsuse’ (cry baby). 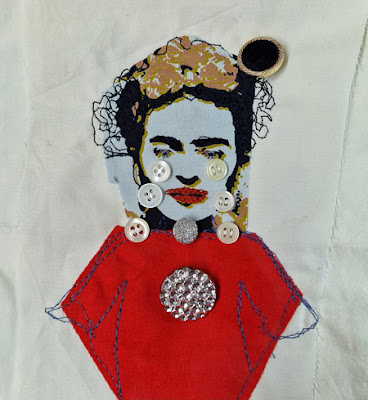 I really liked the back view of it before I added the tears, but alas, that's gone now. 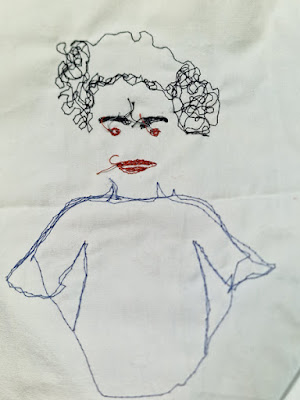 Now I am adding on to that piece, and it will make a nice detail of the finished quilt which is due by the end of February. I am using some of her features for special effects, too. 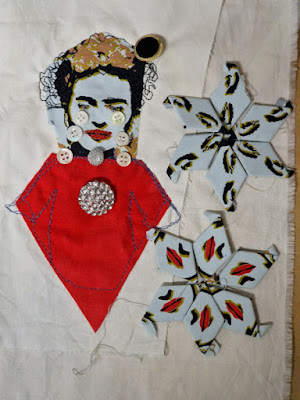 On the side, I am still working on my advent calendar spinning, I am up to date!

And yesterday I decided how to proceed with one knitting project where I will be running out of one kind of yarn eventually. I am changing colors in the lower part of the sleeves, and will do so in the bodice as well. 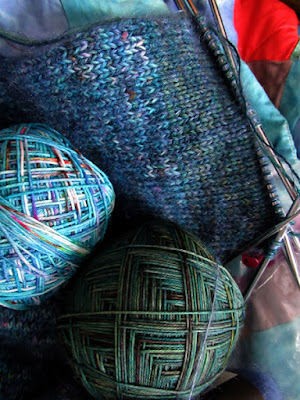 A good day, on the creative side.

By the way, the chicken don’t like the snow, they are staying in the area under the cover where there is still bare ground. 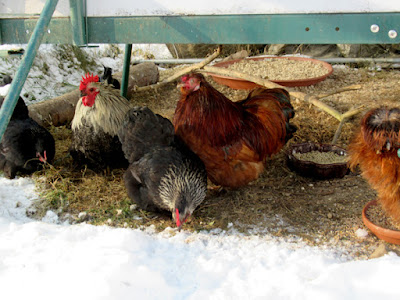