These past few weeks I have been working on ICU, with Covid patients, and a few others thown in, and it has been a challenging time. I was glad to have a three-times-a-week distraction as I was working myselft through a whole series of design options, possibilities, ideas for the #gildemodernburgoyne that is based on the Burgoyne Surrounded block. It has been an enlightening activity as I kept stumbling over new combinations, focus points etc.

As I was preparing a short report on this (as ov yet still ongoing project) last week I asked the board members of the Guild which were their personal favorite designs. That was reason for yet another surprise. Because of the 20-something participants in the vote, very few chose the 'same' as a favorite. The array of one-vote-designs was very large (a number of people gave three or more votes), the number of quilts that got more than two votes very low, and so instead of chosing a three-piece-set of favorites for publication in the Guild's magazine I had a five-piece set. All of the five below got two or three votes. 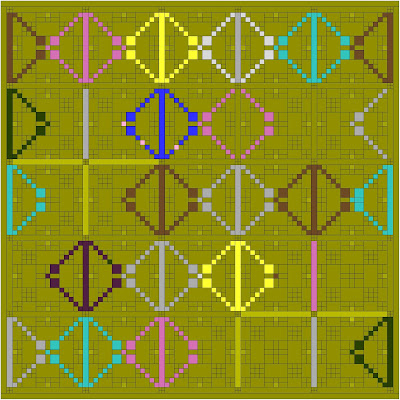 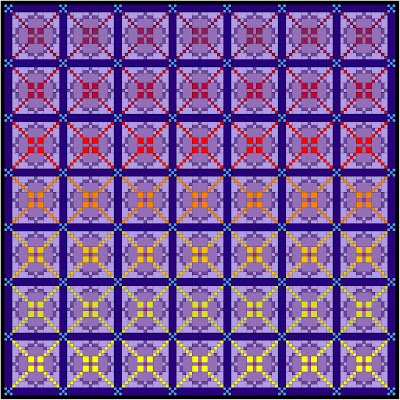 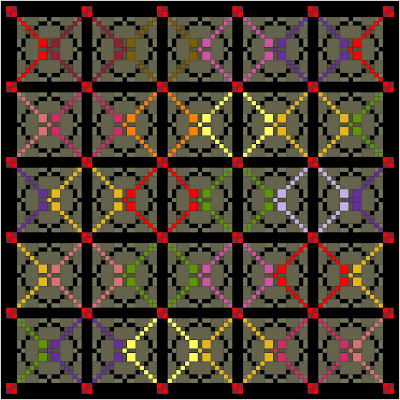 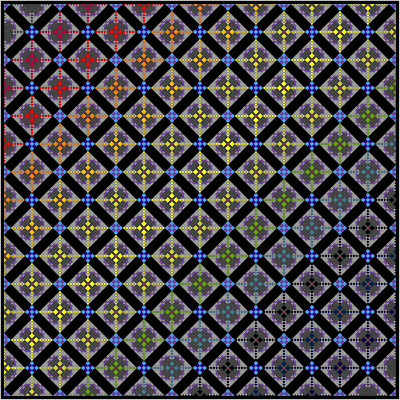 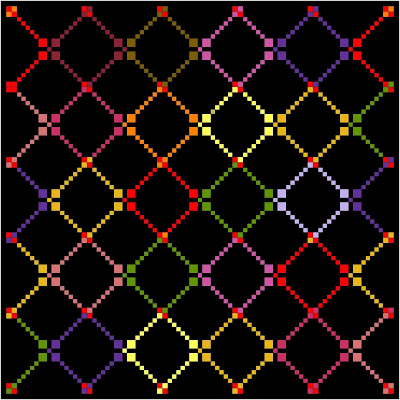 Interestingly, my personal favourites were not among them... 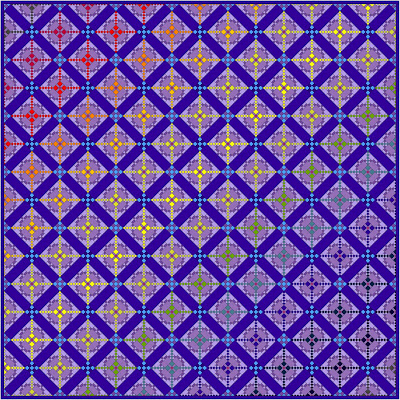 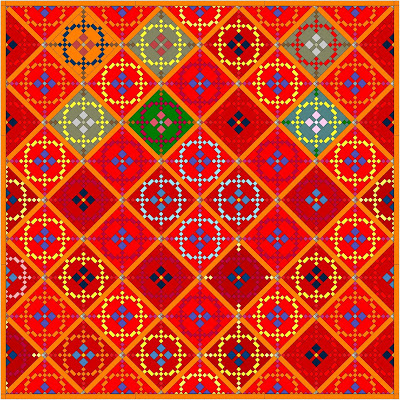 Amongst many others - don't get me wrong, I do like the board members' selection a lot, too!

Apart from that, I have started to study for my exams (coming up in July), done some spinning. 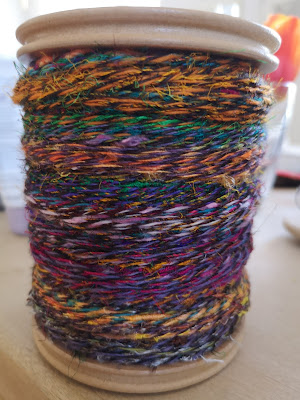 And started stitching on my contribution to SAQA Europe/MiddleEast's project "Orient Express". 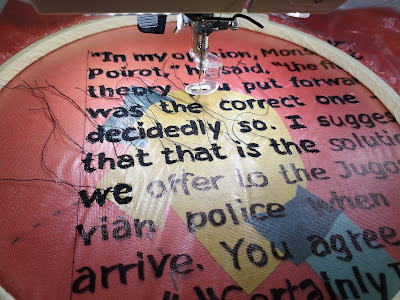 It has been a rather cool April, and it was only the other day that we saw the first butterflies. 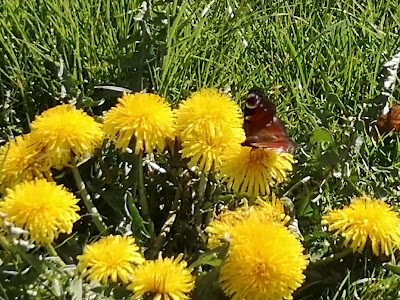 I tried my inexpert hand at cutting back the apple tree (which probably will make people who have more knowledge in this than I do gasp with horror) - but I figure if it survives, in the fall I will give it another trim to bring it into real shape, and by then I will have looked for more information about how to do it 'right'.

And, as my longarm is taking its way out my door, I caved in to temptation and got myself a little toy, a very small elna machine which I found on ebay. My husband doesn't know about this yet, and I am still keeping it a secret as both guys keep teasing me about sewing machines and accumulation and I had actually said I would not need another machine in my life. Which is true. Need is not what I would have called the feeling prior to/in connection with this purchase. Greed is more like it. 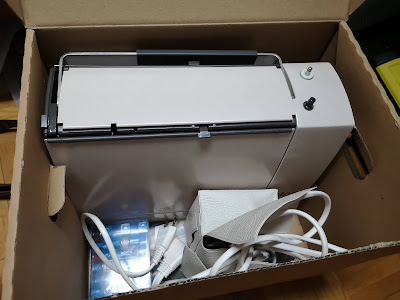