Early last week I heard a little contribution on the radio about the fact that inventors a lot of the time don’t actually ‘invent’ something, but frequently just find a way how to make use of what had already been there before. Electricity, for example, has been around since the beginning of time, but only in 1780 was it discovered, and in 1854 the light bulb was invented so that humankind could actually turn electricity to use in the form of light. The radio-blurb then went on to mention water- and steam-power, refrigerators, x-rays. Basically, the author claimed, inventing is really only discovering and copying of something that has been there, and finding a solution as to how this could be put to use for humankind.
Immediately, I thought of my pictures of ‘found art’. These usually aren’t what would qualify as ‘art’ when looked at the context in which they were taken. But a different way of looking at those contexts, frequently a close-up look – most of the time not even photo-shopped! – changes the original, and voilà, a picture of art.
These are my ten most recent pieces of found art, all taken since Saturday, according to the dates on my memory card on the camera: 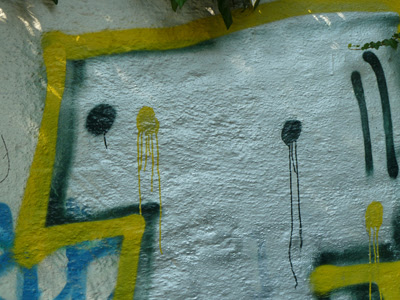 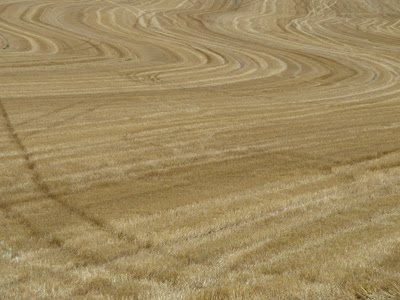 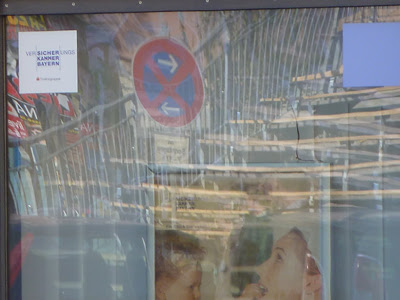 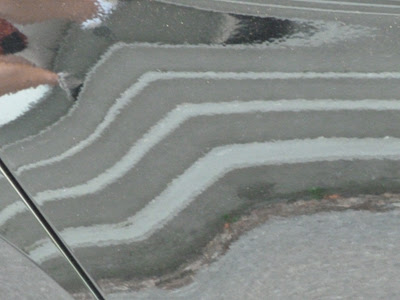 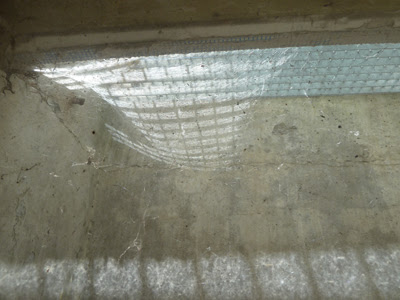 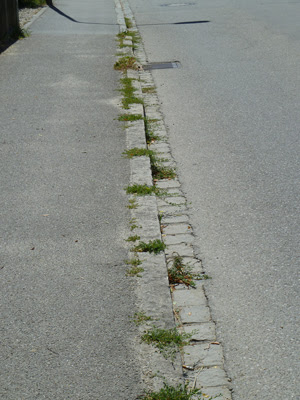 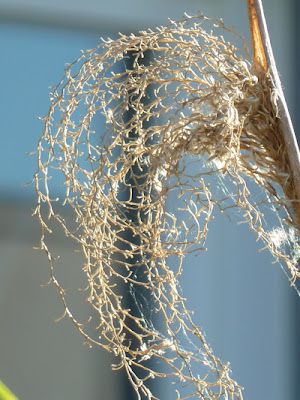 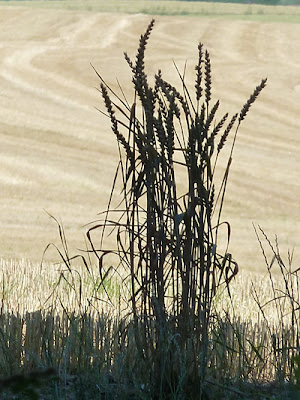 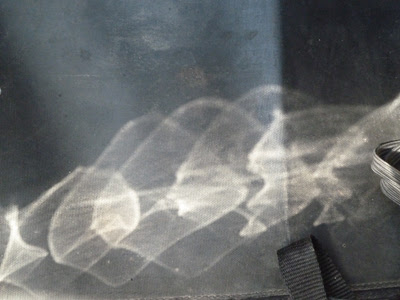 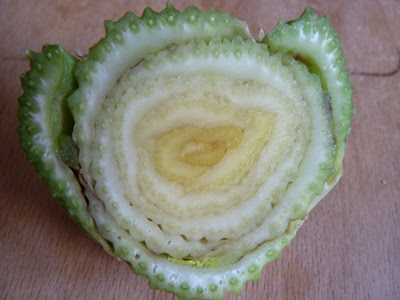 Michelangelo supposedly once said that he did not “make” his statues, and I think I remember that this remark was made with regard to his giant statue “David”.

Instead, he just "released" it from the stone that had been surrounding the sculpture, the stone somehow telling Michelangelo where to put the chisel and guiding him in how to direct it. (As a youngster I saw a TV documentary in which they said the bent left knee is due to the fact that the marble was not a perfectly rectangled block when Michelangelo got it, but that it had a ‘dent’ in that side. Bits of information like this stay with you a lifetime!) Anyway – perhaps it is the same with fabric or textile or fibre art. It is there always. All it needs is somebody to sit down and actually release it from a hidden existence. So is it creation, or invention, or copying? And what about copyright...?