There is a lot of buzz going on on Instagram these days about the beginning of the #100dayschallenge2019. (Happened on April 2nd) I had seen the hashtag on one or two people’s accounts I was following last year, but I had not realized it was such a big thing.
Lots of very interesting ideas going up, and I am impressed with people’s creativity. I did not sign up officially because, although I like following these ideas, I think a sign-up won’t really make a difference in how seriously I am committed to keeping up with my daily ‘work load’ of doing something in that field. 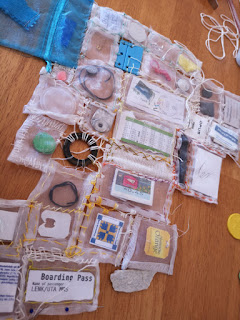 I got hooked up with Daily Art through Kathleen Loomis, and I am still very grateful to her for that. (You can check out Kathy's Daily Art Projects over the years here.)
I have been doing it for several years, and I am again doing it this year. Although I got severely behind with last year’s project and am just now putting on the last scraps for “A Scrap a Day”, I did commit myself to another project. With the option of not letting it run for a whole year, but perhaps only half a year, the “Daily Somethings”.

I have never limited a project to 100 days, so I am wondering whether that does make a difference. A full year is much longer, 100 days is definitely less intimidating, the time restriction makes it a bit less overwhelming.  That might be an explanation.

Last week, on the evening before I boarded the plane to go on vacation, a chance remark on my side, meant more as a bit of a joke, got me the option of doing another solo exhibition next year, in a gallery that has a lot of wall space. That had a very strong influence on a pending decision – and also made it clear that I want this current daily art project to be limited to the end of June. 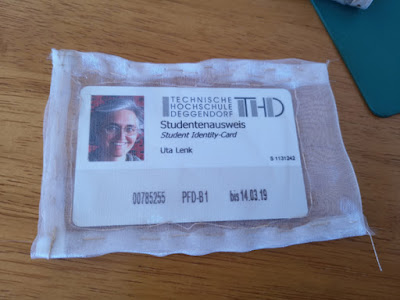 That sort of fits into the #100daychallenge2019, which, by my counts, should be finished just around that time – not 100% exactly, but who wants to go about splitting hairs on this one.

Meanwhile I have tried to do some research. I have checked out the website for the #100daychallenge, I have listenend to the podcast between former and current "initiator" or leader of the project, and I do understand that it probably makes a lot of difference for someone who is just starting on getting creative. Perhaps also for somebody who has already been doing creative things, but needs a bit of a momentum in it? And I do see that posting to a community might make a lot of difference in keeping up one’s motivation. However, I could not find out what is the magic behind the start date of April 2 - ? Whose birthday is this, or what is the significance of the date? End date July 10th – the same… what does it stand for? 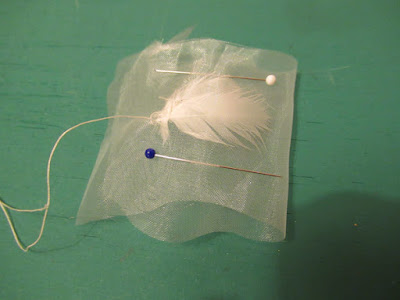 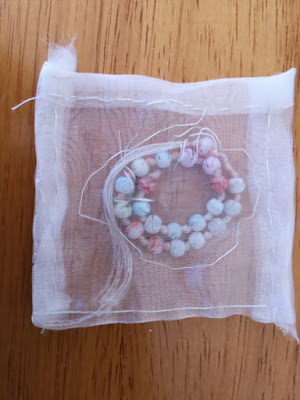 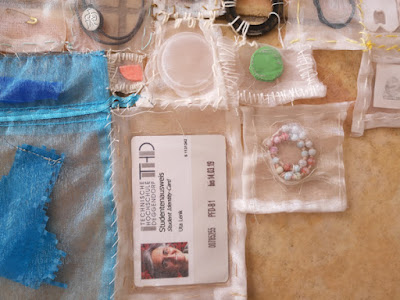 In any case, my Daily Somethings are going to be ‘done’ on June 30th, and then only put together to present on the wall. And I might even post with the hashtag #100daychallenge2019, although for me the more important hashtags are #dailyart and #dailysomethings.

Email ThisBlogThis!Share to TwitterShare to FacebookShare to Pinterest
Labels: a scrap a day, Daily Art Project