Outside the season: Ste. Marie-aux-Mines without the quilters

As already mentioned before, in the end of October/early November my family and I spent a week in the southeast of , just across the river Rhine from . We took an outing to my always-favorite city Freiburg, where I settled arrangments with Sophie Maechler, the new owner of quiltstar,  as I will have an exhibition in their gallery starting on January 23rd (opening reception at 7 p.m. – anybody who is in the vicinity is cordially invited!) 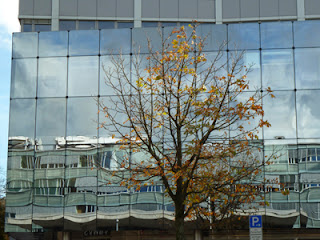 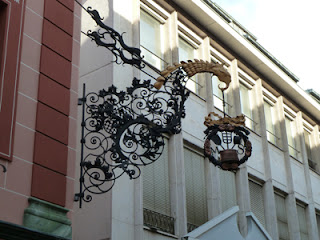 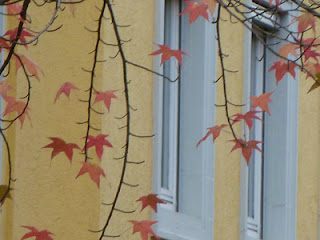 On another day, I took my family to Ste. Marie-aux-Mines in (everything is close together there, it’s the three-countries-corner with a lot of geological energy going on).

On our way we stopped in the butterfly garden Jardin des Papillons, http://www.jardinsdespapillons.fr/en/
which is absolutely enchanting. (They are closed now for the winter, but you should put them on your agenda should you go there during warmer seasons!)
We were lucky, the weather was wonderful, and thus my family could get a good impression of that little town in , which didn’t look quite as deserted without the quilters there as I had feared. 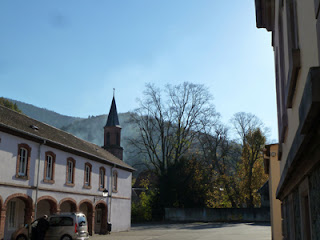 We had lunch in the Taverne aux Mineurs, where it is hard to get a seat when all the quilters are there. This time it was easy. Lovely dessert – and although I tried to remember the French word for blueberries, which I thought I had learned, it’s already gone again. 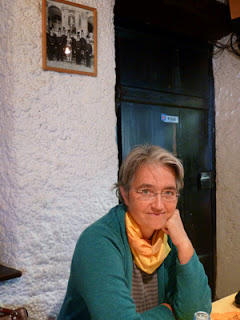 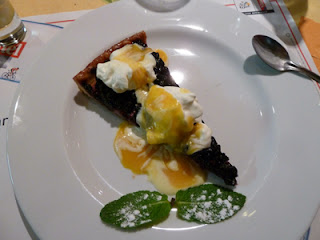 However, my son told my husband in the evening that the highlight of the day for him was hearing me ordering lunch for us three in French. He was so impressed! Now isn’t that something – how often will I still have the opportunity to deeply impress my eight-year-old son? Of course, he wouldn’t tell me directly...
Construction is going on right next to the hall where all the vendors are during the Carrefour – does that mean there will be other exhibition spaces next year perhaps? 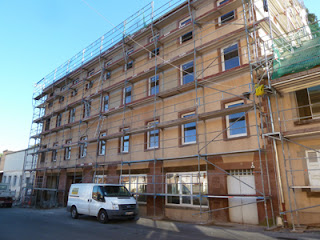 I certainly would wish that the Challenge gets a better display than this year – let’s wait and see!
On the way home we stopped at the border at Marckolsheim and watched the boats going through the sluice. Quite impressive to see these tight fits! 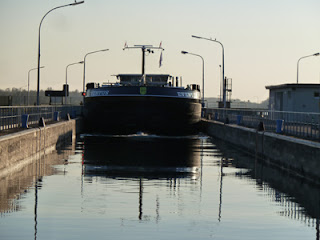 And lots of beautiful reflections on the water. 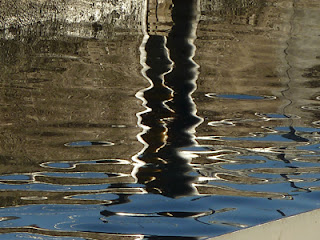 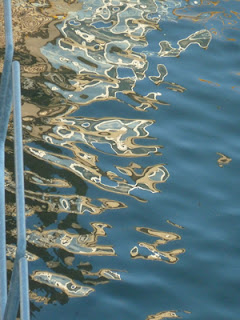