Notes and thoughts from social isolation

So numbers of infection in Germany are rising, the curfew has been extended until April 20th and I am beginning to understand why early warnings or concerns had been voiced that instances of domestic violence might also increase. (Not going into details here… but …)

Our district supposedly has been called a Hot Spot, too, because of a sudden increase from 216 infections to 281 within a day, nothing else seems to be on the news anymore and I have am getting sick and tired of the topic. Plus developing a bit of cabin fever, although I do take a lot of care to get out and exercise every day. 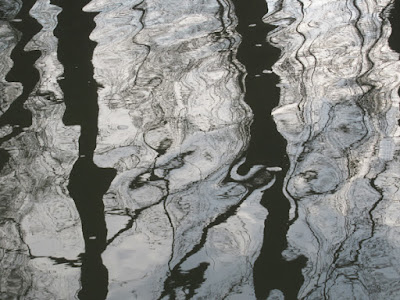 My son and I have started selling some of his LEGO pieces that he has outgrown on ebay, we went through his wardrobe and tried to diminish the stash.

And I am slowly working on my scraps, but the real creative spark is missing. Therefore there hasn’t been that much progress really. I have added a few of the grey rounds around the individual pieces, and have also included a few more - newly 'made' - pieces with fine lines because I thought it would probably look awkward if these appeared only in the upper right hand corner. I hope to get back to it after I finish this post. 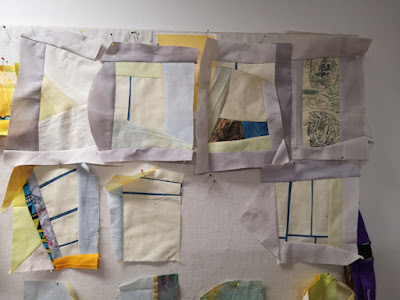 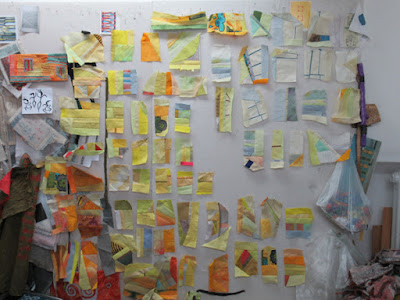 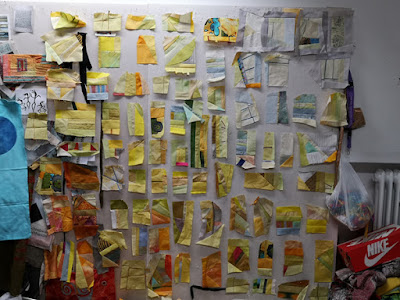 I signed up to participate in a psychological study on the effects of this period on people, their feelings of loneliness or connectedness and am waiting for their daily questionnaires. But it is a weird period. Befittingly, I am also currently reading a book by a German paleontologist on human migration waves, the way that genetic material was distributed – and yesterday I read the chapter on how illness, and especially infectious diseases had a decisive influence on it all. It’s only been a few hundred years since the plague, and considerably less than that since the killer diseases of typhus, tubercolosis etc. We had the Spanish Flu only 100 years ago, we are witnessing multi-resistance in microbes and there has been abundant warning about this – and I wonder at how the human setup can be so ill-oriented that we as a kind believe something like the plague won’t hit us again. Such arrogance. I didn’t foresee this kind of pandemic, but I am not surprised that it is happening. I am more surprised at that we really think we can get through this in a better way than earlier populations could, just because we have hospitals and might even be able to find some kind of medication that will be effective in this. We need to be more aware of the fact that humans are vulnerable,  that they must die of something. No medication is available to secure immortality, and, if we are honest, who wants to be immortal?
It probably isn’t fun to die of this virus. But is it more fun to die of cancer, or after years of dementia? I don’t know. But I don’t think the kind of social isolation we are practising right now is going to be really effective in maintaining the ‚crisis‘ at a ‚manageable‘ level. And yes, I  would very much like to   be proven  wrong in this one!
Posted by Uta Lenk at Sunday, March 29, 2020