So finally Germany is being shut down. Events are getting canceled and my son is jubilant that schools are going to be closed for three weeks and two more of Easter holidays. Perhaps this should have happened earlier, who knows.
At first I thought these kinds of reaction are over the top, after all decent hygiene and safe interaction would be a possibility, too. But the degree of virality of this virus seems to demand a lot more severe action than a lot of people are willing to do their share for. While at the same time the media are blasting these hyper-scandalous news that make it very difficult to keep a straight mind and know the super-headline from serious reports.
The following image, however, convinced me. The curve shows the infection rate during the Spanish flue in two American cities, one of which 'closed down' public life already two days after the first infections (St. Louis), the other only three weeks later (Philadelphia).

screenshot from DocNews
So we will see where all of this takes us. I just wonder how the economic stuff will be sorted - do we really need to have stock exchange crashes and stuff?
And can please somebody explain to me why everyone is buying toilet paper? I was embarrassed to do so when I saw this shelf a few days ago. 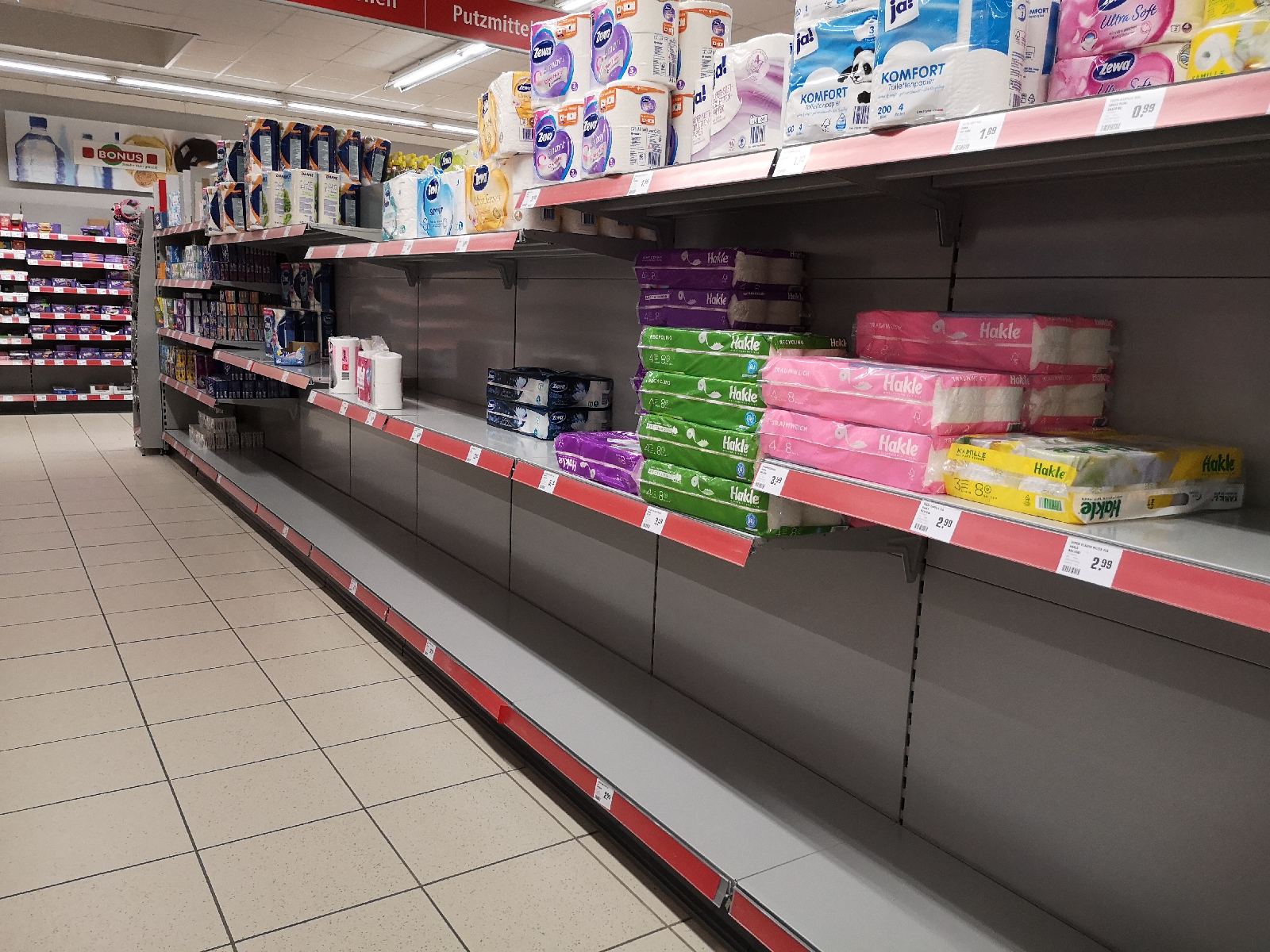 now I wish I had because we are actually running low at home now, and there is none to be had anywhere. Why are people so afraid of running out of that particular stock item? We will deal with it differently, I guess. Or try to order online.
I have to go to work in three weeks, when I should have gone to school - nursing students are protected from infections by putting them on the wards where the possibility to catch an infection is much higher... I just hope I can get some stitching in before that!
Posted by Uta Lenk at Saturday, March 14, 2020