We are having another reunion this weekend for our year as exchange students in Charlotte, NC (as in 2013 and 2017) and Thomas had asked me whether I would like to come to Stockholm two days ahead of time to hang out together without the others a little bit because we haven't seen much of each other lately. So on Wednesday I traveled to Stockholm (delays, canceled train, security measures on board the plane which was a reason for late boarding) and we met at the airport and took the bus into town. Thomas had taken care of the hotel booking on board the former yacht Lady Hutton, which is now the hotel Mälardrottningen and well to be recommended for a special kind of hotel feeling! We had a room with bunk beds, but if you look at the website there might be slightly more luxurious suites available, and it is in walking distance of the Old Town.
We spent one morning at the Abba museum which is pretty good, given the fact that this is a group without any scandals or breaking news during their years of success. Just a bit of story of how the they got together, how they took their first steps, then a lot of success, and how they are now 'taking a break away from each other'. 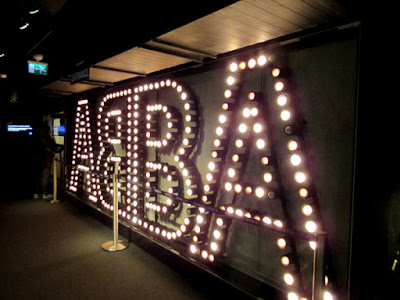 I really liked this re-creation of the view from the little hut on an island in the sounds outside Stockholm where the guys wrote many of their songs. 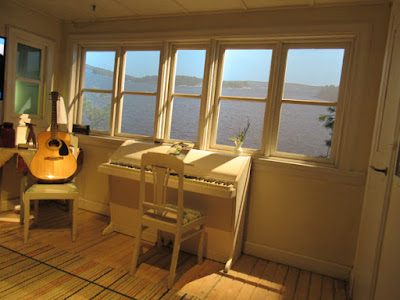 In the afternoon we went to the Fotografiska museum, which currently has 4 different exhibitions going on, namely by Jessica Silversaga, Rahul Talukder, Jesper Waldersten and Alison Jackson.
Rahul Talukder photographed a whole series on the collapse of the clothing factory in Bangladesh with over 1,000 people dead and his works are very moving. Jesper Waldersten has an interesting kind of humor, but it helps if you know a little bit of Swedish for some of the pieces. This one is in English, though:

And I was fascinated by the simplicity of this one.


The restaurant on the top floor has a magnificent view across the water to the Old Town and after a little bit of waiting we even managed to secure ourselves seats right in front of the window. 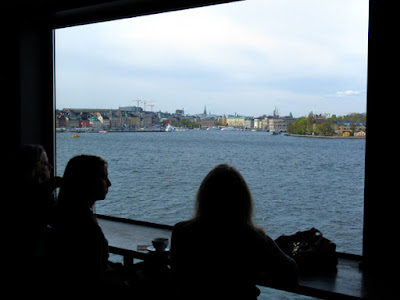 The next day Thomas and I took a boat tour through the islands outside of Stockholm and picked our dream mansions. This would be mine (although it is not so much a mansion): 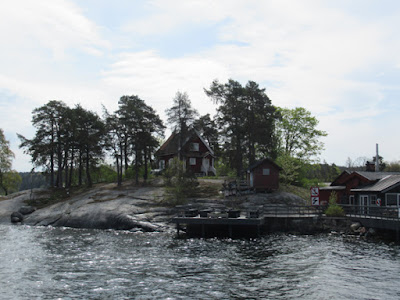 Stockholm is a city on the water, and reflections abound, especially when the sun is out, so I am back to taking photos of reflections on water. 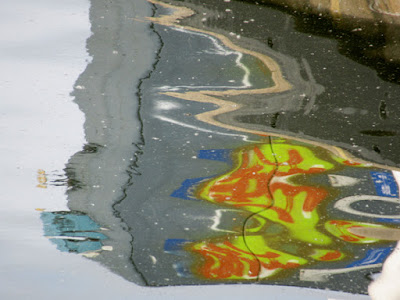 And amongst other inspirational sights, 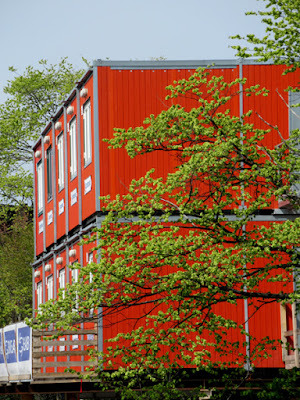 some found art is around as well. 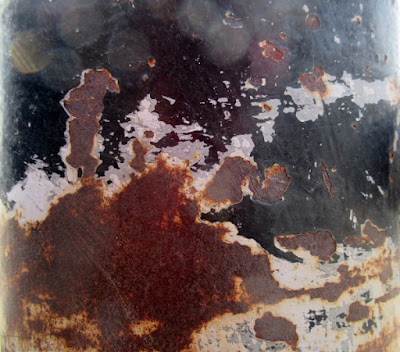 By now the others have arrived from Norway, China, Venezuela, and the real reunion is on. So good to have friends around the world, and reasons to go somewhere to see something new!
Posted by Uta Lenk at Saturday, May 11, 2019