On my way back from I happened to stop at the Memorial for the former German-German border, situated right next to the autobahn between Hannover and . 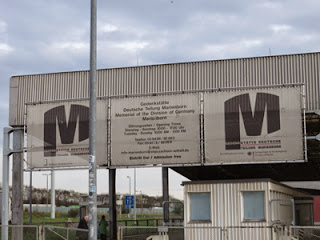 (It was just before twelve o’clock and I was hoping for a High Noon picture other than a traffic-endangering shot through the windshield.) It was the day after the anniversary celebrations of German reunification, 25 years ago.
The German-German border has always been an issue in my family because of my mother’s origin, and an aunt who had stayed ‘behind’ when my grandmother and two of her daughters were allowed to leave the country, because she was already married. And although I did not visit the German Democratic Republic frequently, the few times I did certainly left quite an impression on my memory.
Walking through the memorial site now, twenty-five years after the wall came down, still gave me the creeps. 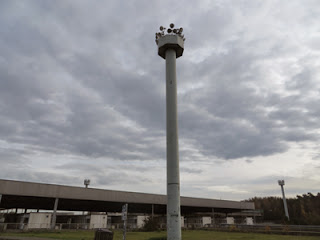 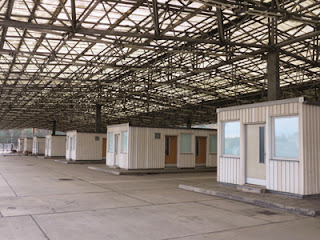 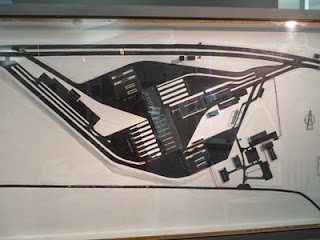 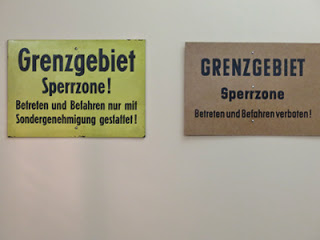 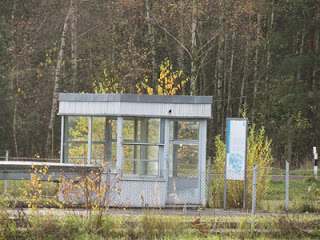 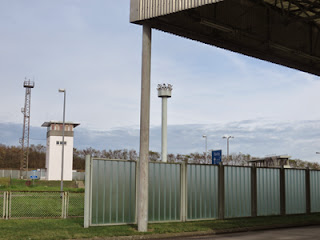 They were just starting a colloquium for the opening of their new exhibition, pointing to historical facts without which German Reunification would not have been possible, “First gaps in the Iron Curtain”. Specifically, they were going to talk about the Pan-European Breakfast on the Hungarian Border in August 1989. 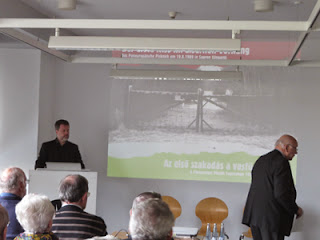 Unfortunately, I still had almost 600 km ahead of me and needed to get going, otherwise it would have been really interesting to stay and listen to people who had been there and involved.

(Of course, there were nice things to be seen there, too - the famous Trabbi, East German car, and some found art as well. 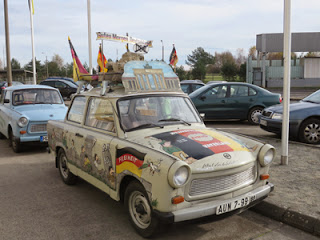 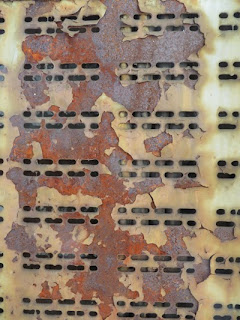 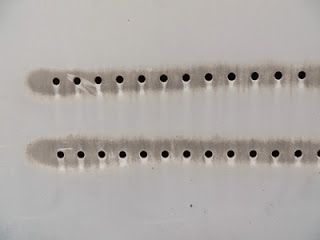 In our little town in , you can find three memorials for soldiers who died in the wars of 1866 and 1871, and the two World Wars in the twentieth century. 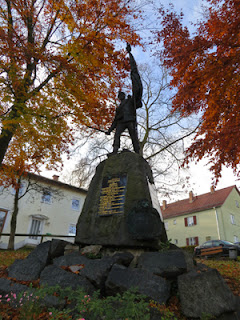 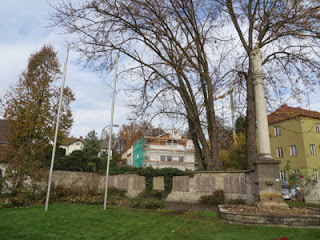 And a third one, which I haven’t taken a picture of.
These days we are constantly being reminded of anniversary events with regard to war. And yet we have wars going on all over the world. It makes me wonder – why do we put up memorials all over the place, and yet never learn from them? Because if look at what is going on in the world, it is obvious that all the memorials have not led to reason, and a dedication to stop war. Everywhere.

Email ThisBlogThis!Share to TwitterShare to FacebookShare to Pinterest
Labels: memorials